Welcome to the second part of my series on designing RPG puzzles. Last time, we went over some of the broad categories that different puzzles fall into. Today, we’re going to break things down a little further. Let’s talk about the elements that make up every puzzle in an RPG. Even the simplest of puzzles can be broken down into its core essentials.

When you’re designing a puzzle, think about what role each puzzle element plays, and how they connect with each other. There’s no specific way to design a good puzzle—often people will come up with an idea for one part of the puzzle before they figure out how everything fits together. Others start with the big idea and then work their way back. Whichever approach you take—know that every puzzle in your game has the following elements, and being aware of each one and the role it plays will not only make the puzzle stronger, but it will make the design process smoother.

Every puzzle has a purpose. When a player enters a new room or area that contains a puzzle, the first thing he thinks  is “why should I solve this puzzle?” or “what happens when I solve this puzzle?” If the player doesn’t have a reason to solve the puzzle other than “it’s just there”, the puzzle loses its appeal as a challenge and feels more like a roadblock.

Think about a dungeon in your game. Think of the entire dungeon as one massive puzzle—there’s a clear goal: to beat the dungeon (to reach a boss, to find an artifact, whatever). Inside of that, there are smaller puzzles that make up the content of the dungeon. Let’s say that it’s the classic water-themed dungeon, and in order to solve a major portion, the player must raise the water level. That’s another goal and another puzzle. In order to reach the area where he can raise the water, the player must solve a series of smaller puzzles, each with its own more direct goal—like finding a key to open a door. Each puzzle has its own goal, but when taken together, they all form a sequence of challenges that bring the player closer to meeting his end goal. If you’re having a hard time designing puzzles for a dungeon, break it down by major goals, and then by the smaller ones. You’ll be able to figure out where you can fit your puzzles. There is no puzzle without a goal or objective. Don’t cram puzzles into your game without a purpose (the obvious exception is straight puzzle games, but even then the goal is “get to the next puzzle”). Fortunately, it’s really easy to come up with a goal, especially in dungeons. Let’s take a look at some of the common goals for RPG puzzles.

Sometimes a puzzle’s goal will be more abstract—say the player needs to protect an NPC or complete a task within a time frame. Goals don’t always need to be simple—but they must be clear to the player. I would suggest that most puzzles have an obvious goal that the player sees from the beginning: “Oh, in order to X, I’m going to need to solve this puzzle”. Sometimes, during the course of the puzzle, the player will need to discover what exactly he is trying to do—discovering the goal (or discovering new or alternative goals) can present a unique challenge to the player, but these types of puzzles have the potential to cause confusion—relying on too many of these can frustrate your player. However you approach it, the goal of every puzzle must be understood by the player in order for the puzzle to have a legitimate place in your game.

Some puzzles might not have pieces; but these puzzles tend to fall on the more boring side of things. A maze is a good example of this: players find mazes boring and potentially frustrating, because there’s very little opportunity for interaction—it’s just about wandering around until the goal is reached. Another puzzle like this is the simple “find a guy to unlock a door” puzzle. The key might seem like a puzzle piece in this situation, but truthfully that key is a part of the goal, because the player doesn’t manipulate the key in any way. 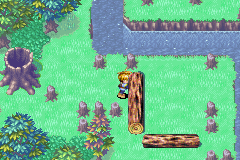 It’s not impossible to have a good puzzle without a lot of pieces. In fact, the most creative puzzles often put the player in a situation where he needs to get a lot of mileage out of a single puzzle piece (Portal 2 isn’t an RPG, but it does this a lot—if you haven’t played it yet, you’re missing out). Don’t feel the need to make a puzzle unnecessarily complicated by forcing extra pieces into it. Some common RPG puzzle pieces might include:

Of course, these aren’t the only options. Nearly anything can be a piece of your puzzle. Think about the environment, and think about ways in which the player can interact with it. You might want to put a unique spin on one of the above common pieces. Be creative and have fun with it. You aren’t limited to the traditional simple puzzles that you find in every RPG. Think about your game’s unique mechanics and come up with ways for the player to interact with new potential puzzle pieces.

Word of warning: make sure that the important pieces to each puzzle are obvious to the player. It’s common for developers to think that they can create challenge by “hiding” important pieces—that doesn’t create challenge; it creates frustration. The challenge of a puzzle should be in the way the player manipulates the pieces, not in discovering what those pieces are. Imagine playing a game where a wooden crate has been used in all sorts of areas and it was never important—but in one puzzle the game expects the player to be able to push a block that uses the graphic of that same crate. The player might not have any reason to think that this one is different than any of the others. Use unique graphics for objects that the player can manipulate, and keep them consistent throughout the entire game. It should be clear to the player which items can be moved which cannot.

The most overlooked part of a puzzle is also the most important: the player himself. I write a lot about the danger of frustrating your players, and a good way to avoid that is to put yourself in the player’s shoes. This goes beyond testing your puzzles—it’s difficult to test puzzles that you already know the solutions to. Think about the player’s perspective from the beginning when you design puzzles. When you first come up with a puzzle concept, think about how the player sees it and how the player will naturally react to it. What does the player see? What has the game trained the player to do, and how will this puzzle challenge him within that?

Most gameplay mechanics will revolve around the position of the player. Think of some common ones: swinging swords, placing bombs, firing projectile weapons. All of these are potential tools that can be used to solve a puzzle—all of these can create new ways for the player to interact with different puzzle pieces. When you design a puzzle, think of all the mechanics that the player has at his disposal. If you intend the puzzle to be solved in one way, but a mechanic would logically make sense for an alternative solution—let the player choose from either: maybe both ways work. Sometimes, the enjoyment of a puzzle isn’t just in solving it, but in how the player approaches it. Stand back! I’ve got a puzzle to solve.

At the same time, think about the potential for the player within the puzzle—the player (and his abilities) can be instrumental puzzle pieces. When designing a puzzle, remember that the player is an active part of the puzzle itself. This is especially important in tile-based RPGs, where the player’s location can be crucial to the completion of a challenge. I would avoid expecting or forcing a player to stand on a specific tile for the most part, but think about the position of the player and how that might change the way you design the puzzle. If you spot an opportunity to incorporate the player himself into the puzzle, take it.

Consider the possibility of replacing a puzzle element with the player himself. Here’s an easy example: a room has four switches that need to be pressed down at the same time in order to open a door. One designer might put four push-blocks in the room, but consider the potential for including only three. The fourth switch, of course, is for the player to stand on. The puzzle becomes simpler while at the same time gaining more depth, and encourages more interactivity from the player. When he solves the three-block version of the puzzle, he will feel smarter than if he had used four blocks—four blocks with four switches might seem a little too obvious.

When you involve the player directly in the solution of a puzzle—rather than simply putting him in a situation with all the pieces and saying “put this together”— he has a stronger connection with that puzzle. The puzzle feels like more of a challenge, even if it doesn’t require too much extra thought. The reason for this is interactivity. The more interactivity in your game, the more invested the player will be in it. The game will be more fun.

Now that we’ve got our bases covered and looked at the pieces that make up a puzzle, we can dive deeper into the conception, design and construction of puzzles. Look forward to the next article.