When designing games, we constantly iterate. One of the things we’re looking for is depth of mechanics— and an effective way to explore a mechanic’s depth is to see what you can do with that mechanic’s variables:

I will examine a potential twist for Survivor by looking at the variables in the game. We’ll approach Survivor from the perspective of a game designer to explore the different effects of pushing these variables.

By messing around with the variables of Survivor‘s core game mechanics, we should be able to come up with some cool twists!

In this example, I want to look at a variable that hasn’t yet been pushed to its limits: the size of the jury.

Episode one of a new season. Things going as you’d expect– the first tribe goes to tribal council. Someone’s about to join the first boot rankings:

Jeff comes up with the last vote:

“First person voted out of Survivor and the first member of the jury.”

It’s a huge surprise. The looks on their faces! A #hashtag appears on the screen.

The jury’s there from the beginning: nearly everybody in the game will be on the jury (cast_size minus number_of_finalists). We’ve pushed the size of the jury(jury_size) to its upper limit.

So what are the consequences of this twist and how will they affect the players and game mechanics?

Everybody will be at every tribal council.

The jury sees every vote. They see all the blindsides and back-stabs along the way.

It’s a small consequence–one that’s very simple in concept. After the huge moment of the first reveal, it becomes a part of the game’s ruleset: less of a twist and more of a new challenge in the game itself. The potential is for the “early jury” to be a twist that creates ripples of strategy throughout the game (instead of something like the bogus Redemption Island twist, which changes the rules completely).

We sometimes talk about how there’s some behavioral leeway in pre-merge tribes because they know that the early boots won’t be there to vote against you in the end (easier to call Alecia “blondie” when you know she’s not making the jury). It’s the same reason you might want to betray someone early: flip on an ally after the swap but before the jury phase so there’s no repercussion.

Which leads to a built-in theme that Probst would love. I can imagine him standing there after a blindside: “This season is all about accountability.”

Also a big jury would be a rowdy jury, and I think that would be a lot of fun. We like to see big jury reactions on our TV.

This twist would work best on an all-star season– in that situation, the downsides become upsides: we already know the cast members so we negate the feeling of too many people. Plus: guaranteed screen-time for fan-favorites (Eliza and Courtney need to come back for the  “all-jury” season right?).

How has Survivor used the “jury_size” variable in the past?

Traditionally the jury has either seven or nine people on it. In Cambodia, there were ten people on the jury. Survivor Wiki tells me that’s the biggest jury we’ve had. So there’s plenty of room to experiment:

We can look at the opposite: a “late jury”. Imagine making the merge and the jury hasn’t started yet. You expect it on the next vote. And the next. But it doesn’t come. The remaining tribe members get paranoid. They’re counting members. And eventually Jeff drops the bomb at the final seven so there’s a five-person jury voting on a final two.

That could be really interesting (in theory. I think that one would end up being lame).  Ultimately, the only way to know is to prototype it and see it in action.

A look at Skyborn

I recently played Skyborn. It’s one of the more attractive commercial RPG Maker games out there, and there’s been a lot of talk about it, mostly good. You can find it on Steam.

Still, I wasn’t expecting much from Skyborn. I’m pretty critical of RPG Maker games, and despite the impressive steampunk aesthetic, I wasn’t sure whether the game itself would impress me.

It did and it didn’t. I played it all the way through, which is saying something. But for the most part, it left me thinking “eh, this was okay I guess.” Is it worth the price? You be the judge of that. Beyond these initial thoughts, this is not a review—my goal is to look at some of the design choices made in Skyborn and what we might learn from them when creating our own RPGs. END_OF_DOCUMENT_TOKEN_TO_BE_REPLACED

A look at South Park: The Stick of Truth

So yesterday I beat South Park: The Stick of Truth. I loved it. I’ve always been a fan of South Park—its blend of cultural satire and immature toilet humor usually works surprisingly well. And I enjoy how episodes often call back to previous episodes. There’s a continuity to the series, which isn’t something that people might expect from that kind of show. And that continuity goes a long way towards making the world, characters and story of Stick of Truth so enjoyable, despite the relatively short (compared to most full-length RPGs) playtime.

But I’m not here to write a review of the game. You can find those all over the place. In fbb fashion, I want to take a hard look at the gameplay.

And South Park: Stick of Truth has some amazing RPG gameplay that went well above my expectations. 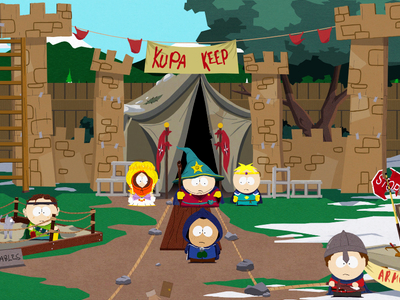 South Park: The Stick of Truth

Gameplay-wise, Stick of Truth feels a lot like Paper Mario. And that’s a good thing—Paper Mario‘s not only one of my personal favorite games, but it’s a great example of an RPG battle system that promotes a lot of interactivity and gameplay that goes beyond scrolling through menus. Stick of Truth brings those same elements to its battle system while also innovating in a lot of ways that make the player feel good about what he’s doing. Even more—Stick of Truth goes beyond most RPGs in the ways it lets the player interact with the environment outside of battles. END_OF_DOCUMENT_TOKEN_TO_BE_REPLACED

Today, let’s look at another aspect of your fantasy setting: the law. Sure, on some level, you’ve likely put some thought into the laws of your game world. After all, at one point the hero finds himself in the castle’s dungeon—or something like that. And for most of the game your hero will be stealing from random people’s homes… that’s legal, right? END_OF_DOCUMENT_TOKEN_TO_BE_REPLACED

Today’s subject is maybe the most important one in the series: making it fun for the player. END_OF_DOCUMENT_TOKEN_TO_BE_REPLACED

A look at Brothers: A Tale of Two Sons

Two days ago, I finished playing Brothers: A Tale of Two Sons. Even before I finished the game, I felt like I wanted to write an article about it. After it ended, I needed some time to recover my emotions, but I knew that this game deserves a close look at its design. 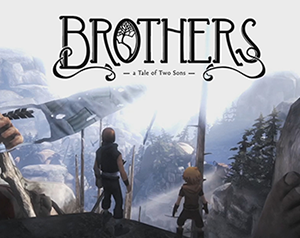 Brothers: A Tale of Two Sons by Starbreeze Studios.

Brothers tells the story of two brothers who go on a journey to find the tree of life in order to save their dying father. You control both characters simultaneously, in a unique single-player co-op control scheme (a controller is required). The game takes full advantage of its unique controls by incorporating them into the story and emotional development of the characters—and of the player. END_OF_DOCUMENT_TOKEN_TO_BE_REPLACED