This article is one that I’ve wanted to do for a long time. I expect this article to be a big one (lengthwise, and content-wise)—and there’s a lot of stuff from it that might take some time to sink in. But this subject is something that I would very much like to introduce to the RPG Maker and indie game development community.

Today we are going to be talking about player psychographics, what they are, and how an understanding of them will help with game design.

Mark Rosewater is the head designer for Magic: The Gathering, and has been for a long time. In interviews, he is often asked what he thinks his greatest contribution to the game is. His answer is the player psychographics, which allow the game’s designers to think and talk about the different types of players in their audience. You can read Mark’s original articles about the psychographics here:

The psychographics have to do with identifying what a player wants out of a game—more accurately, the reason a player plays a game. Different people approach games differently, with different priorities for their expectations. One player might approach a game with the goal of having a great interactive experience and is happy even if he loses, while another player might go into the game with the goal of winning at any cost, even if the rest of the players aren’t having the best time.

When designing a game, the best way to reach a wide audience is to keep in mind each of the different psychographics. Different elements of your game can appeal to different types of players, and an understanding of these psychographics allows you to ensure that everybody can find something about your game that they enjoy.

The original concepts of Timmy, Johnny and Spike were created with a trading card game in mind, but the ideas that Mark Rosewater presents can be valuable to any kind of game designer. My goal for this article is to introduce the three player psychographics and discuss how these ideas can be applied when designing a single-player game, particularly an RPG.

Timmy wants to experience something.

He is in the game for a thrill. He’s not very competitive—he just wants to have a good time. Timmy likes to do big things, and he wants to see monumental things happen. He likes to smash things, and smash them hard. Timmy plays a game for a memorable gaming experience. An irrelevant image of a character named Timmy.

I don’t want to say that Timmy likes to “have fun”—every one of these psychographics plays games to have fun (that’s what games are for!). That’s what the psychographics are: they help define what different people find to be fun. But Timmy’s definition of fun might be the broadest—he gets a lot of enjoyment out of excitement and big laughs. If Timmy is playing a game with a bunch of friends, he is enjoying himself the most when the whole room is roaring with laughter—whether he is winning or not.

In stories: Timmy likes the big epic story. Timmy is a fan of the big action sequences—more than any other player, he is willing to sit through those longer cutscenes, because Timmy allows himself to get caught up into the story. He appreciates the big payoff, and when it’s time to take on the final boss, he loves the feeling of epic final confrontation. Timmy wants emotional highs and lows—Timmy will laugh or cry with your story.

In gameplay: Timmy likes to feel powerful. He’s the one who likes to pull off a special move that deals 999999 damage to an enemy, and gets giddy when he sees a ridiculous amount of damage dealt. Timmy doesn’t just like to win—he likes to win big. If your game gives Timmy the opportunity to unleash some massive overkill, he’ll be more than happy to do so. But if he has to spend a lot of time grinding to unlock it, he might get bored before he gets to that point. Timmy finds repetition boring—and grinding against weak enemies is something that will turn him off instantly.

If your game lets the player drop bombs, Timmy is the player who will get a kick out of blowing up signposts and statues, even if there isn’t any effect on the game. Give the player the chance to do cool stuff, and Timmy will do that cool stuff with a smile on his face.

Timmy doesn’t play a game for the challenge—he doesn’t care if a game is too easy, and he might get easily bored if the game is too hard. He has fun with that goofy racing minigame, but will quickly get bored of your fishing minigame (unless he has the chance to catch some legendary fish in an epic struggle of might).

Johnny wants to express himself.

Johnny is usually thought of as the creative type. This doesn’t necessarily mean that the other psychographics aren’t creative, but just that Johnny’s play style is creative. He likes to have control over his experience, to sculpt it to his liking. He doesn’t want to be told what to do, he plays by his own rules. Johnny is the player who will attempt to break a game for his own amusement—often just to see if he can. 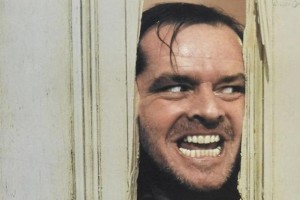 Johnny’s idea of fun is all about putting his own mark on the game. In competitive games, he doesn’t care about winning or losing—he cares about how. In a game that doesn’t have a competitive element, he enjoys any opportunity to experiment and discover. He loves sandboxes.

In stories: Johnny likes to be able to control the story with his actions. He’s a sucker for a game with multiple endings. If a story is too linear, Johnny can become bored with it. He wants his choices and actions to be relevant—when NPCs or other characters react to his player character differently based on how he plays the game, he feels invested in the story. He wants to craft a reputation for himself within the game world, and expects the world to react to it.

In gameplay: Johnny likes options. Crafting systems, skill trees, weapon/armor upgrading—the more ways for him to customize his game experience, the happier he is. While Timmy likes to do cool things, Johnny likes to build cool things. He likes games with lots of character options for his party, and will be the person to take pride in using “bad” characters in unique configurations.

Johnny has more patience for grinding than Timmy, but only if it contributes towards his end goal. And what is that end goal? Most of the time, it won’t be just “to progress in the game”. Johnny sets personal goals for himself—maybe he wants a specific item or skill that allows him to craft some zany combo. He’s the guy who will use equipment that has strange effects—maybe something that buffs attack while a character is poisoned—and then he’d poison himself to be able to use that boost. To other players, it might not be worth it. But Johnny thinks that he’s done something really sweet, and he’s happy about it.

And if he can find or create more obscure combinations, he’s even happier. If anybody is going to try to break your game, it’s Johnny.

Spike wants to prove his dominance.

In competitive/multiplayer games, Spike is usually thought of as the guy who wants only to win. He studies stats and goes online to find optimal builds, reads articles and memorizes hit boxes, so he can have an edge against his opponents. He wants to play against opponents who do the same—he likes a real challenge, and wants to be the best. How does that translate to a single-player experience? Spike wants to win against the game itself  He wants to become its complete master. Spike’s idea of fun is all about mastery. He hates to lose—he has fun when he wins, and he doesn’t particularly care how he wins (this isn’t to say he that cheats—he won’t be able to really value his wins if the playing field isn’t level, so he usually despises cheaters). He has the most fun when he is the best—and when everybody knows it.

In stories: He doesn’t play a game for the story. Spike can appreciate a good one, but it isn’t necessary for his enjoyment of the game. He’ll be thankful if your cutscenes are skippable, and he’ll get bored if he has to sit through too many message boxes of dialogue.

In gameplay: Spike is the guy who likes to 100% his games. In an RPG, he wants to complete every sidequest, max out his characters, explore every corner of every dungeon. He wants to squash that ultimate optional boss.

There’s something contradictory about his playstyle in RPGs: he’s the guy who would like to run through a town without bothering with the NPCs, but he’ll talk to them anyway—just to make sure that he doesn’t miss anything. He’ll pay that price to be the best. For this reason, Spike is the player who likes grinding.

He likes efficiency. While Johnny might enjoy that item that buffs his attack while poisoned, Spike will use the same item but only if it’s really worth it, in order to make his characters as powerful as possible. He enjoys incremental advantage—anything that increases his chance of winning. He doesn’t often take risks, and sticks to proven strategies.

Players can belong to more than one psychographic—in fact, you’ll never find a player who falls neatly into a single demographic. Everybody people will have elements of Timmy, Johnny and Spike—but their priorities are weighted differently.

I want to stress that this article isn’t meant to categorize people—instead, it’s meant to help the game designer identify the differences in his audience. I think that every game can (and should) include elements that appeal to each of the psychographics.

You might find that some players really dislike a section of your game, but others might really enjoy it. This isn’t necessarily a bad thing: that area of your game might be really enjoyable for a Timmy, but a Johnny or Spike might find it boring. With an understanding of the player psychographics, you will have an easier time identifying why players might enjoy some elements of your game and dislike others. If somebody really hates a part of your game—that part just might not be for him. But to somebody else, that same part might be the highlight of the whole game.

I would suggest a “middle of the road” approach to your game’s core gameplay, while including other gameplay material that some players will find really enjoyable, but isn’t necessary for the game experience.

Remember that, when creating a game for a large audience, you can’t please everybody at all times. It’s a truth of game design, and art in general, that we need to accept and work with. Use your understanding of player psychographics to make sure that your game has a little something for everybody.