It’s time for me to talk about one of my favorite things: story structure! And i’m not being sarcastic, either—I was all about creative writing in college and I always got a huge hardon for story structure. the cool thing about it is that it’s everywhere! Every book you read, every movie you watch, every play you see on the stage—no matter how different these stories are, they all have one thing that HOLDS IT TOGETHER, and that’s a solid structure.

So last night I was thinking about making games, and I opened up an old document of mine, and saw how I had my game’s story outline all plotted out. It was outlined using this traditional structural formula: the formula that is used in nearly every commercial novel or movie that gets produced. Now, don’t misunderstand: i’m not saying that you must do this for a good story. In fact, it’s the opposite. Good stories naturally HAVE THESE STRUCTURAL ELEMENTS, and it works across the board in any kind of medium.

It got me wondering: do game developers have an understanding of structure? Hopefully your projects contain these elements, and then my job is to just help you recognize them for what they are and what they do in your game’s story.

So lets get into it then!

Every story has four primary plot points. Once you know what these are, what they do, and where they are usually located, it’s easy to find them. Watch a movie or read a book with an understanding of these and they will jump out at you. These plot points are the moment in your story that create STRUCTURAL ANCHORS. everything in your story either BUILDS UP TO or is a REACTION TO one or more of the following plot points. I’m going to introduce them here and go into more detail later on.

You’ll notice that there’s no plot point defined for the ending. And that’s because the ending is totally up to you.

These points exist in every story and you should pay a lot of attention to them in yours. The Inciting Incident especially sets the tone for everything that comes after. You probably have these points in mind (or in your outline or w/e) already but might not even realize the importance that these points have structurally. Every bit of your game’s story (note that I am talking about a linear main story not sidequests and backstory) should be connected to these moments in one way or another. It keeps the player grounded in your main conflict and keeps him motivated to play.

Okay so now that I’ve outlined those briefly, let’s talk about how they work with a bit more detail. Specifically, we’re MAKING GAMES here, not writing books. The fundamentals of story structure are going to be the same, but since we’re working in an interactive environment, the pacing can be a LOT more flexible. For example, since we’re working with games, the midpoint doesn’t really have to be in the middle at all. The important point is that all of the elements appear in the proper order—that way the story has a natural buildup of conflict and pacing.

So from here on out I’m going to lay out the basic fundamental structure of a story, using those plot points as the major anchors. I’ll use The Legend of Zelda: Ocarina Of Time as the example since it’s a game that everybody’s played a bunch of times and it also has a very very simple storyline that’s perfect for this kind of thing. 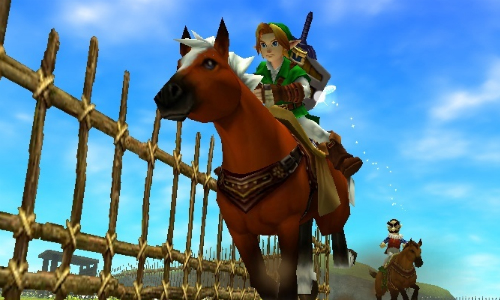 The Hook
the hook doesn’t have to tie into the main conflict right away, but it’s important to present some kind of conflict to give the hero a reason to do something.

Inciting Incident
so like i said before the inciting incident is the moment where the player learns what the antagonist wants (which should be in contradiction to what our hero wants). it gives the hero the primary conflict and drives the player towards a goal.

Response
the response is chunky bit of story that happens after the Inciting Incident, and it’s exactly what it sounds like: the hero’s response to the inciting incident. typically this involves gathering allies, uncovering information, developing skills, etc. if the hero tries to go after the badguy here, he’s got to fail, because he’s not ready yet.

Midpoint
the easiest description of the midpoint is that everything changes which alters the course of the story and motivates the hero to get on the attack. the midpoint moment may be very subtle or it could be a massive “selling-point” twist. either way, this is where i talk about how the player-controlled pacing of an interactive medium like an RPG would be different than something like a book. when you’re making a GAME, the midpoint doesn’t have to be in the MIDDLE at all. in the Oot example, my choice for the midpoint comes somewhat early in the game. But the key to remember is that it’s the midpoint for the game’s story, and that the response and attack chunks of storytime can be squashed and stretched to account for game action.

Attack
easy enough: now that the midpoint has changed everything, we want to hurt the badguy. he did something to piss off our hero, and we’re gonna go after that fucker. this is usually where all those allies, skills and knowledge we dug up during the response comes in handy. along the way we are getting stronger with the increasingly heavy knowledge that we will be facing the villain.

Second Plot Point
something is revealed that allows for—or motivates—the hero to finally go after the badguy. after this moment, nothing new can come into the story. in other words, everything after this moment is “endgame”. 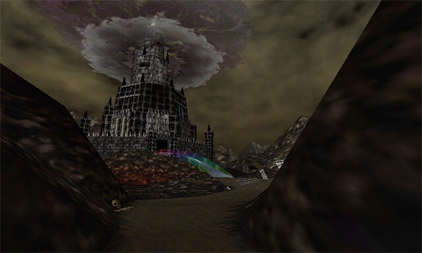 Climax
the climax is usually described as something like THE HEIGHT OF EMOTIONAL TENSION WHERE THE CONFLICT MUST BE RESOLVED and sure that works. in the context of a videogame, though, i imagine the climax being a series of endgame trials (like a final dungeon) that forces the player into the ultimate test of all the skills he’s spent the game developing

Ending
the ending can be whatever the fuck you want. but remember your player has worked their asses off and put hours into this thing. make it worth their time and effort. IF YOU USE A DEUS EX MACHINA, YOU AREA SHITTY WRITER AND EVERYTHING YOU HAVE WRITTEN UNTIL THIS POINT WILL BE MEANINGLESS.

Whatever you do, THE ENDING HAS TO BE REWARDING.