Happy Valentine’s Day! I thought I’d use the so-called “holiday” as an opportunity to talk about an element of story that makes its way into lots of games, but often seems to be thrown in as an afterthought. Characters are the heart of any story, and love is a core part of a character’s personality. It’s not something that can just be thrown in: “oh, by the way female hero: I love you!” We see too much of that.

According to Wikipedia, “romance is the expressive and pleasurable feeling from an emotional attraction towards another person associated with love.” It’s not the kind of love between family, but between lovers. Usually it’s the kind of love between people who care about each other and also want to jump each other’s bones. We don’t need that definition, though—we know that. 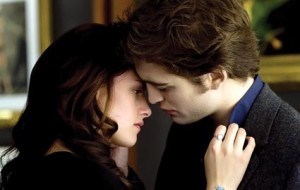 Of course I’d use an image of Edward and Bella.

So what is romance in the context of a story for a game? In most situations, it serves one of two roles: a macguffin or a reward.

A macguffin is something that creates a reason for the action—a romantic macguffin is easy: save your girlfriend. We’re familiar with the classic setup: Bowser’s kidnapped Princess Peach, so Mario must go save her! And thus, the quest begins. The relationship is established in the beginning (sort of), and the majority of the game’s progression revolves around reuniting the characters.

As a reward, the romance sparks at the end. This is the direction most RPGs tend to take—the main dude will fall in love with the healer chick, and at the end of the game they will share a kiss. Awwww. It’s an end-game reward for spending so much time with the characters.

I’m not a big fan of either of these approaches. Sure, they both work well enough—if enough time is taken to develop the relationships. But usually, these romances feel kind of forced. In the macguffin scenario, the romance is too obviously a shallow plot point (in the case of Mario, that’s fine—but in an RPG with a heavier story, a lot of work needs to be done to make the player care). In the reward scenario, the endgame kiss feels tacked-on. Even when the relationship blossoms slowly over the course of the adventure, it’s kind of hard to believe the characters just suddenly realize they’re in love at the end.

Real romance isn’t about artificially pushing the plot, or about giving the player a feelgood ending. It’s messy, but pure. It’s convoluted, but simple. It’s unexpected, but gradual. It’s inconvenient, but beautiful. Real romance is about the characters.

If you want love to blossom between two characters, the seeds need to be planted early on. And I’m not talking about some stupid “love at first sight” stuff. I’m talking about compatibility. People don’t just fall in love if they aren’t emotionally compatible (they might think they’re in love)—you can’t spring it on the player and expect them to accept it, if the player doesn’t see the compatibility of the characters.

There’s lots of ways for characters to be emotionally compatible  This does not just mean that they’re the same—in fact, most romances (real-world an in fiction) work best when the characters have some drastic differences in their personalities. It creates a balance. If the two people have the same thoughts and opinions on everything, their lives would be pretty boring and they’d have nothing to talk about. But at the same time, if they disagree on everything, then they’d do nothing but fight.

Plant the seeds of compatibility by finding things about a character that the other would find attractive: your female hero might be enraptured by the male hero’s sense of honor, or maybe his disregard for societal norms turns her on. Whichever it is, show it early. Let the player know that there’s some attraction between the characters that goes beyond “he’s the guy hero and she’s the girl hero”. Attraction is the key word here, and it needn’t be physical (although early on, sometimes a “this dude is really cute” is enough to get started). 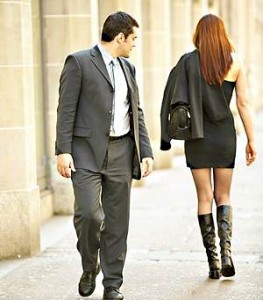 Characters don’t have to like each other to be attracted to each other (although I have to warn against the “tsundere” anime trope—99% of the time, it’s just bad writing). Attraction doesn’t happen slowly or gradually, it’s a gut response to something. This doesn’t mean it will happen immediately—it might come out of nowhere after one character sees something new in the other. But the initial attraction is the seed from which romance will grow. Lots of romances seem forced because there’s no initial attraction—the romance just happens. And then it falls flat, because the player sees no reason the characters would have gotten together in the first place.

In order for romance to blossom from attraction, the two characters need the opportunity to interact with each other. Alone. This is why the majority of RPG story romances feel empty: the characters rarely have meaningful interactions with each other.

You Grew on Me

If characters don’t have time and opportunity to fall in love, they won’t. Love comes from time and shared experience. It isn’t something that just happens, like attraction.

Interaction is everything. Give your characters plenty of alone time together. They should make each other laugh. They should be strong for each other. And this is important: each character should provide value to the other. Both characters need to get something from a relationship in order for it to work (this isn’t to say that there aren’t unbalanced relationships, but that’s not what we’re trying to build—unless it is).

If your two characters don’t feel right together—don’t force it. Sometimes, as the story goes on and the characters take shape, they want to go their own ways. Sometimes you will realize that a romance just isn’t working. The characters have to fall in love with each other. They can’t fall in love just because you want them to. 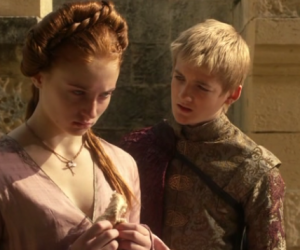 One scene with the two characters sharing their childhood traumas isn’t going to cut it—at least not to establish real love. But it might push you towards starting the relationship before they realize they love each other. I’m a fan of this approach to romance—because that’s how it really works. Love doesn’t happen, it’s grown.

Don’t be afraid to put the first kiss earlier in the story. Put it before the “I love you”. Spring on the kiss at the ending, and it feels like it was just added in. Develop the romance. If you’ve got characters questing around the world, traversing mountains and exploring dungeons together—and they’re already heading down the path to a romantic relationship—why wouldn’t they find a moment to act on it? Why would they wait until after they’ve defeated the big evil demon king?

Otherwise, there’s no reason for them to fall in love in the first place.

A relationship will fail if the player doesn’t want the characters to be together.