Most RPG Maker games take place within a fantasy world. Building these fantasy worlds can be one of the most fun and engaging parts of the RPG creation process! Drawing maps, creating cities, empires, and even unique races of people; developing your own fantasy setting is an integral part of creating your RPG. But if you want your setting to be believable, there needs to be a lot more going on underneath the fun stuff.

I want to look at some aspects of fantasy worldbuilding that are easy to overlook. In order to draw your player into your world, the world needs to be able to function in a realistic way. I’m not talking about geography or magic, but the culture of the inhabitants of your world. The economy of your world might not play a role in your story, but trade and commerce make up the glue that holds the world together—and it affects every aspect of culture in ways that you might not immediately realize.

The word “economy” has a lot of weight; it covers a broad range of subjects that I’m not going to get into. You don’t need to spend too much time coming up with a complicated economic plan for each of the civilizations in your fantasy setting; but if you want your world to have believable cohesion, some thought must be put into how these societies function. Most civilizations in fantasy settings aren’t simple hunter-gatherer tribes, and gold is a common and legitimate gameplay staple in RPGs. It’s safe to assume that currency plays a role in your world, and currency is the backbone of a functioning developed society.

Today’s article is all about my favorite thing in the world: money. 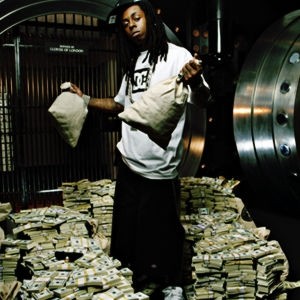 It makes the world go ’round.

So how does this apply to your game?

The most direct example is in the primary money-economy of your game: what is the value of the gold that the player acquires? How much gold does a potion cost? How much gold does a basic sword cost? Setting a price point on things like these gives a dollar value to things such as HP or damage in battle. Keep this in mind when balancing the prices of items within your game.

But if we want to talk about the bigger picture (and we do!), then thinking about only the player’s money isn’t going to be very helpful. By the very nature of the genre, the player is an exception to the base economy—monsters drop gold as a reward for the player, gold is plentiful in treasure chests all around the world, and we don’t always think about whether or not that makes sense. In fact, when it comes to worldbuilding, we might want to ignore such rewards and any effect they may have on the economy. Sure, it’s possible to have the occasional “hunter” NPC who brags about making a living by slaying monsters, but that can’t be where money really comes from. Sometimes we just need to suspend our disbelief in order to make the game play better. So the player character has access to wealth and items that the average citizen might not.

We need to think about money and trade within the system of the world. Let’s talk about the inhabitants of your setting who don’t have the luxury of being controlled by the player.

In pretty much every RPG I’ve played, there are far more NPCs wandering around doing nothing than there are NPCs working. There are a disproportionate amount of houses compared to places of business. Sure, in your fantasy setting these people might not to pay rent, or electricity bills, or any of that stuff. But they do need a way to put food on the table—and other than the occasional farm here and there—the way to do that is to work. 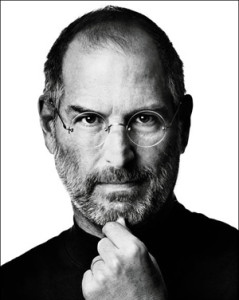 The most iconic image of “jobs” that I could find on Google.

Let’s examine a number of possible jobs that could exist within your setting. We can start with the obvious ones: in most RPGs, shops, pubs and inns are staples of every town. Somebody needs to work there. There are some RPGs that expand on this by having other common business in every town; banks, blacksmiths, post offices, guild halls. Not only do these business need to be run by someone, but they can also employ a couple of smaller positions: clerks, stockers, etc.

And then we can expand on that a little further: what types of business might exist but not necessarily in every town? The kind of unique stand-alone store that may even play a specialized role in your game. Herbalist. Library. Taxidermist. Tattoo artist. Be creative—but remember that such a shop would only realistically exist in a place where there is a demand for such a service. The basic rule of business is supply and demand.

This doesn’t even touch on the possibilities of non-business jobs. In a fantasy setting, physical labor could make for a very large portion of the average NPC. Construction is huge in a developing civilization. Of course, then the question becomes: who is paying the construction workers? What are they building, and why?

Something worth remembering: everybody needs a job. The NPCs who run the shops and inns in your game aren’t doing it for fun: they do it to earn a paycheck. Consider the guy who spends all day standing by the village entrance saying “Welcome to Green Village”—is that his job? Is somebody paying him to do that? There might be truth to that possibility: but who is paying him, and why?

Maybe he’s getting paid by the town itself.

Think about how your civilization functions: in most cases, RPG fantasy settings will be based on the classic medieval kingdom. The inhabitants of the kingdom naturally pay taxes—it’s just the cost of living in a developed society. Not only do these taxes go to the king and his royal family, but they also contribute to the kingdom as a whole.

Think about armies and soldiers. Most people don’t join the army for fun—most soldiers are in the employ of the king (or queen, or prime minister, or council of elders, or whatever kind of leader your society uses). Thus, they are in the employ of the state. Where does their paycheck come from? The tax dollars of the average citizen. I see lots of RPG Maker games that simply ignore this fact; but think about the average person who lives in your fantasy setting. Let’s say that your kingdom is at war (certainly a common scenario in RPG stories) and the military budget must be increased significantly as a result; the citizens might grumble about raised taxes. As a result, shop prices in war areas area may be higher than in peaceful areas; because the shopkeeper needs to make up for the taxes that are going to the military. 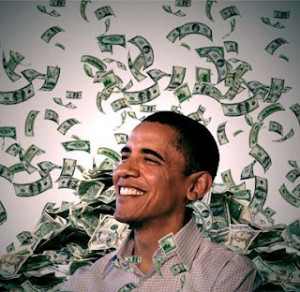 Wait—you mean all this money has to come from somewhere?

This doesn’t even begin to cover the other uses for taxes: does your kingdom have a police force? Paved roads? Is business regulated by the government? Does the government have its hand in education? Maybe your society doesn’t have these things and you can explore the repercussions from that angle.

The concept behind all of this is simple: economy will always be an underlying factor of any society. It doesn’t necessarily need to be a focus of your story or characters, but so long as you are aware of the ideas outlined in this article, your fantasy setting will be more believable and cohesive.

There are limitless possibilities. Have fun with it; even if the citizens of your world might not.